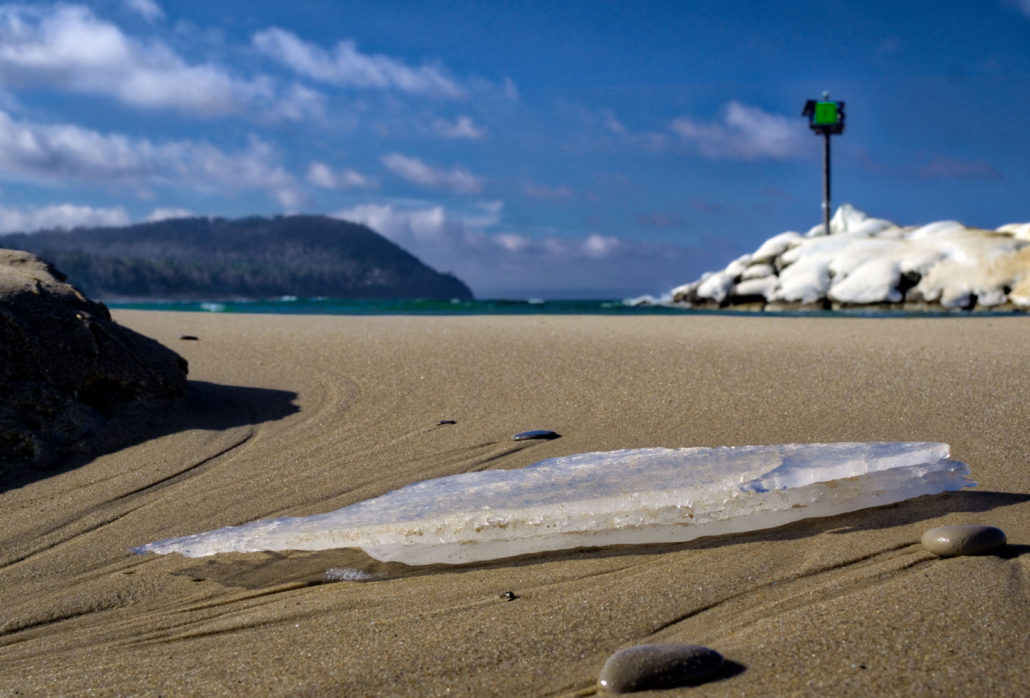 Here’s a cool shot by Mark Smith of the Leland, Michigan harbor mouth that has become choked with sand through the actions of Lake Michigan. The spot where he’s standing is normally 10 feet deep, effectively blocking access to the harbor. Despite federal responsibility for the harbor, things were looking dire as no federal funds were forthcoming for a project that usually costs over $150,000. The story has a happy ending as the harbor is buying their own dredge (donate link on that page). Read on below for more:

In 1965 the US Army Corps of Engineers (ACOE) built the Leland Township Harbor as a “harbor of refuge.” Since then the Leland Harbor has been dredged a total of 47 times at a cost now approaching $3,400,000. During the last six years the cost has been approximately $850,000 to have dredging completed. Annual dredging has routinely been conducted by the ACOE in order to assure the accessibility of the Harbor in all weather conditions, with Federal funding.

All that changed about 10 years ago when Congress eliminated “earmarks” in the federal budgeting process. Earmarks had been used by the Michigan congressional delegation to assure the availability of funds. Since that time Leland Harbor has had as its annual singular focus the need to obtain funding to conduct its annual dredging. Four years ago, the Harbor had to pay $129,000 of its own funds to have the channel dredged. Three years ago, the State of Michigan provided the necessary funding in the amount of $192,000. Two years ago the ACOE spent $177,000 to complete the dredging. Those funds became available as a result of intense lobbying by the Michigan congressional delegation and the Michigan Small Harbors Coalition. In 2016 the Leland Harbor was not dredged. The ACOE was not able to fund dredging, despite the fact that the annual bathymetric survey conducted by the ACOE showed that 18,000 cubic yards needed to be removed from the channel to achieve the designated depth of 14 feet.

The State of Michigan offered $100,000 in matching funds for dredging, but Leland Township was unable to secure the services of a dredger on a timely basis to complete the dredging for the summer season. Prospects for funding in 2017 are bleak, as our elected federal representatives have told us there is no chance federal funding will be available in 2017.

…As a means of trying to find a long term solution to our annual dredging problem, the Harbor Commission undertook an effort to investigate purchasing a dredge. Our conclusion is that purchasing a dredge is a viable solution which will enable us to conduct our annual dredging on a schedule that enables us to assure we will have full channel depth of 14 feet at the start of our season. Additionally, it will enable us to do periodic maintenance dredging during the year when storms have caused the channel to fill in to less than the desired depth. We have identified a particular size and type of dredge that we think would be suitable for our needs, and we have a price quote of approximately $500,000. Careful analysis of our needs and the dredge’s capabilities has been conducted, we are confident we have identified the right equipment for our needs and have the ability to operate it.

While Leland Harbor has approximately $300,000 in financial reserves at this time, they are still not enough to pay for the cost of this purchase. We have considered borrowing the additional $200,000 required for the dredge purchase and received quotes from two local banks. After careful review we concluded we can not afford to borrow these funds. The fact is that our annual budget cannot handle BOTH the increase in annual operation and maintenance for dredge operation and maintenance AND the repayment of debt and interest. As a result we need to raise additional funds so that we can avoid incurring debt to purchase the dredge. We have a fantastic generous donor willing to give us a $50,000 matching donation when we reach $50,000. This would put us at halfway in our fundraising efforts of $200,000! 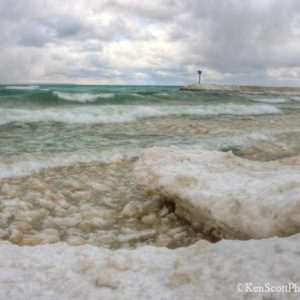 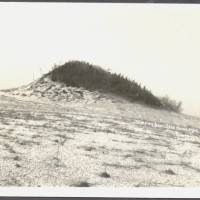 The Bear of the Sleeping Bear Dunes
Scroll to top