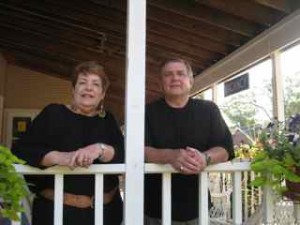 With the summer tourist season coming to an end, the Glen Arbor Sun reflected back, on what some thought might have been a dismal season, with surprising results.  Not only did many businesses have stay consistent in year’s past, but many saw an increase in business.   Read what Glen Arbor Bed and Breakfast owner’s, Patricia and Larry Widmayer, had to say:

On account of the global economic recession, and stormy waters for Michigan in particular, owners Patricia and Larry Widmayer had forecasted a 20-percent drop in the number of guests this year. But that didn’t happen. Their numbers, and profits, have been as steady as a trusty skipper at sea. In fact, their tally has increased.

The National Park, the beaches, the inland lakes, the rolling hills and the wineries have a lot to do with that, of course, but the Widmayers also cite the state-funded Pure Michigan advertising campaign as keeping the local tourism industry afloat.

“Many people have commented to us that they’ve seen the Pure Michigan campaign. It makes you want to come here,” said Patricia, who spends most of the year in Evanston, Ill. and sees the ad campaign on Illinois television. “The ads have a great look and feel, whether you want to go out on the golf course or to the beach,” Larry chimed in.

The article cites more business owners who had a successful 2009 summer season.

Photo Friday: So give me something to do already! by Pentax K1000 Gal 350 is a number that Leelanau needs to know
Scroll to top