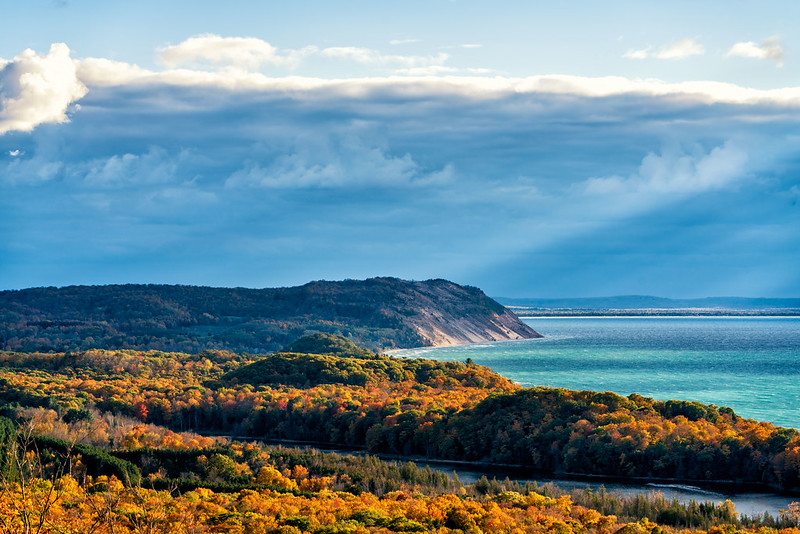 Beginning in 1919 a small portion of what is now the national lakeshore was set aside as a state park. The idea of a national park in northwestern Michigan did not surface until the National Park Service’s Great Lakes Shoreline Survey visited the area in 1958. Between 1959 and 1970 there was a continuous and controversial effort in Congress to create a park unit around the Sleeping Bear Dune. The legislative leader of the Sleeping Bear park proposal was United States Senator Philip A. Hart. The senator’s persistence and patience in the end led to the creation of Sleeping Bear Dunes National Lakeshore on October 21, 1970.

Opposition to the creation of the lakeshore was very strong among local summer homeowners. More than 1,400 tracts of private land had to be acquired to create the lakeshore. A heavy-handed, poorly planned land acquisition program reinforced the bitterness that surfaced during the decade of struggle that preceded authorization. The legacy of those actions has been twofold. On one hand the National Park Service has been vilified by many local property owners and the park staff have had to work in an environment that is unnecessarily confrontational. On the other hand, the presence of an organized local populace wary of National Park Service policy has influenced for the better the development of the national lakeshore. Local sentiments played an important role toning-down the agency’s initial plans to intensively develop the area’s recreational assets. More recently local sentiment has influenced the agency’s approach to the lakeshore’s rural cultural landscapes. Unfortunately, resistance to the National Park Service in the region has also hindered opportunities to bring more land under protection and to develop scenic drives for park visitors.

The National Park Service conceived the Sleeping Bear Dunes lakeshore at a time when the shores of Lake Michigan were rapidly undergoing privatization. Subdivisions of vacation and year round homes threatened to keep ordinary citizens from enjoying Michigan’s broad, sandy shoreline. A nationalized lakeshore along the beaches and bluffs of the Sleeping Bear made available for all what might have been enjoyed only by a select few. The cost was millions of dollars of federal funds and the hopes and dreams of hundreds of small property owners. Sleeping Bear Dunes was a tragedy for the latter and a wise investment of the former.

Read more in A Nationalized Lakeshore.

Head over to Charles’s Flickr to see his latest, and here’s hoping you get to spend some time with the Lakeshore soon! 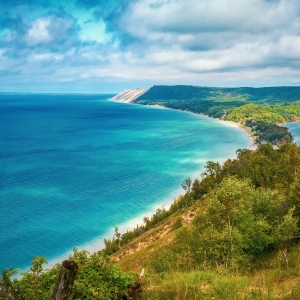