You may have heard about or seen “Leland bluestones”, but do you know where they come from?

In the Glen Arbor Sun, Sandra Serra Bradshaw shares that Leland Bluestones were born over 100 years ago in the fires of the Leland Lake Superior Iron Company:

Between the years of 1870 to 1884, the Leland Lake Superior Iron Company operated an iron smelter north of the mouth of the river. They supplied the voracious furnace with ore from the Upper Peninsula. The charcoal they needed was made from local maple and beech timber that was produced in 14 beehive kilns that were kept near the smelting furnace. It produced up to an amazing 40 tons of iron per day. In 1884, the plant was sold to the Leland Lumber Co., which operated a sawmill on the site. Other sawmills and shingle mills operated in Leland during the years between 1885 through 1900.

Back then Leland was a smog-filled industrial town, the main industry of which was anchored by the iron company. The smelting industry failed because of large overhead costs and the lack of a good harbor in Leland. Interestingly, the remains of the industry, including heaps of slag, were dumped into the harbor and today, that has resulted in something as a precious collectible for many. As raw ore was heated, the desired iron ore was separated from various natural impurities. When those impurities cooled, it resulted in a stone-like slag. Hence the Leland Blue Stones were born!

The Leland Blue is a bit of a misleading title to this little man-made gem as it is the mix of blue glass with other chemicals — but this varying chemical medley can also cause the slag to appear in colors of purple, gray, or in shades of green. Today, people relish finding this slag material on the shores of Leland’s beaches. It is not only collectible as a stone, but also sought for as jewelry.

More in the Sun.

This sweet photo was taken by Cortney Brenner on the beach in Leland back in 2017. See more from Cortney on her Flickr!

Check out this video on the History of the Leland Bluestone. 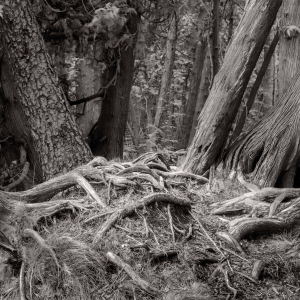 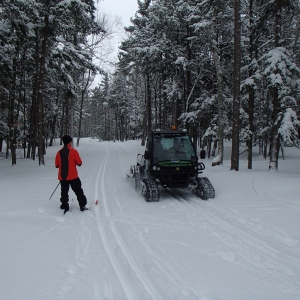