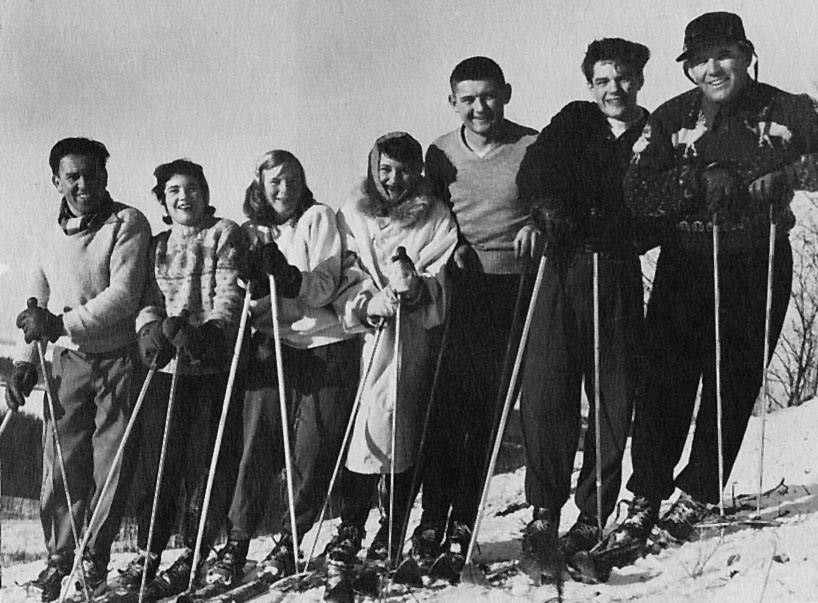 Peppi Teichner was a legendary figure in the the development of Michigan’s ski industry. The Leelanau Conservancy’s Teichner Preserve honors him and explains:

Hans “Peppi” Teichner is best known locally for having taught a region to ski – everyone from Helen Milliken to children with disabilities – and as one of the founders of Sugarloaf. But his history before coming to this country is equally as compelling. Peppi was a national ski champion from Germany – and a Jew –who was coaching the Spanish Olympic Team when Hitler rose to power.

When the Spanish Civil War broke out, he helped guide those who were fleeing Franco’s fascist regime over the mountains to France. A patrol spotted him, but he managed to out-ski his would-be captors. Still, his face ended up on wanted posters in the Pyranees Mountains, which forced him to seek haven in the U.S. When World War II broke out he helped train U.S. Army troops in the 10th Mountain Division.

Ultimately, after the war and stints teaching skiing in Sun Valley and Aspen, he settled in Leelanau. An army buddy had convinced him to come help plan a ski area that would one day become Sugar Loaf Mountain.

Teichner also was instrumental in developing Holiday Hills in Traverse City. I’m thinking that his army buddy was Stanley Ball. Anyone? See another photo of him right here, read a little more about the early days of skiing in Leelanau from the Enterprise,  and share and see photos of Sugar Loaf through the Sugar Loaf Mountain Club.

The Sugar Loaf Mountain Club is hard at work, getting the Loaf ready for skiing this winter – connect with them on Facebook!

Photo of the Week: Looking Down the Lake by farlane