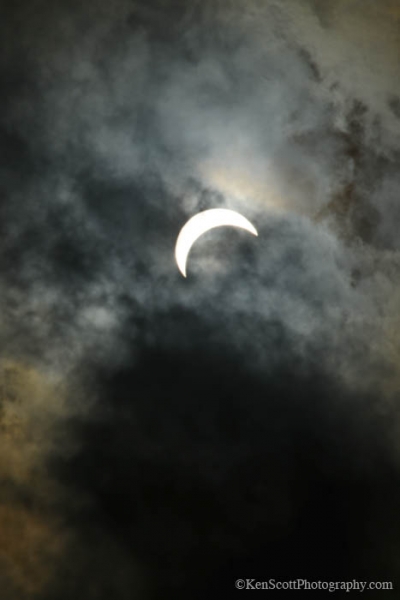 The naming of astronomical events has certainly gotten cooler in recent years, and Thursday morning’s “Ring of Fire” annular eclipse certainly reflects that trend! WOOD-TV explains that on June 10th Michiganders will be able to view this year’s first solar eclipse:

The new moon will be farther from Earth in its elliptical orbit and will appear smaller — too small to cover the sun completely. As a result, a bright ring of sunlight will surround the moon’s silhouette at mid-eclipse. That bright outer rim has become known as the “ring of fire.”

“As the pair rises higher in the sky, the silhouette of the Moon will gradually shift off the sun to the lower left, allowing more of the sun to show until the eclipse ends,” NASA said.

Look east to see it, but remember it’s unsafe to look directly at the sun unless you wear special eclipse glasses to protect your eyes.

Ken took this photo back in August of 2017 at a viewing event at the at the Dechow farm near Glen Arbor in the Sleeping Bear Dunes National Lakeshore. See so many more great shots in his Skies Above gallery on Flickr. 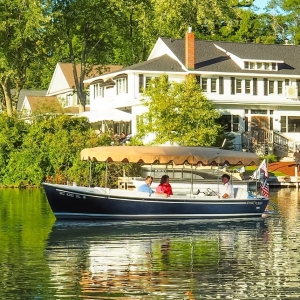 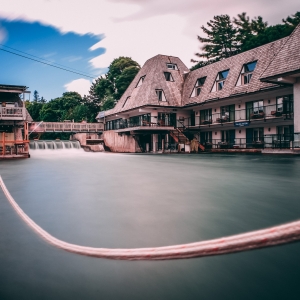