It’s always fun to go to a park, whether it’s a local park with swings and a ball field, or a state park with camping, hiking, and fishing. But National Parks are different. Sure there are still lots of ways to have fun there, but that is not the main reason for their existence. In the U.S., when citizens determine that some place is so important to us that it absolutely positively must be saved for future generations, it is frequently entrusted to the National Park System for preservation.

As a park ranger at Sleeping Bear Dunes National Lakeshore, I routinely greeted groups of visitors with an introduction to the park and the National Park System. I found that for elementary school kids “preservation” is an unfamiliar word. But even lower elementary grade students understand the concept if you ask them whether they have something they like so much that they are trying to make it last forever. Surprisingly, the majority have some object, an old toy, doll, blanket, or model that has special meaning to them and that they want to last. They already know that to make it last they need to be extra careful. They may play with it but not as roughly as they play with other toys.

And so it is with Sleeping Bear Dunes National Lakeshore. Folks have determined that there are important natural and historic features here that need to be preserved as part of our national heritage and passed on to the next generation. We can still have lots of fun in the National Lakeshore but in some areas we need to be more careful so that our fun activities do not harm those features that we agree to protect for our children’s children. Visitors to a National Park area need to know what physical features are considered especially important and why. They can plan their time in the park to experience these resources, learn about them, and get the full value from their travel and vacation experience. 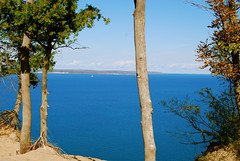 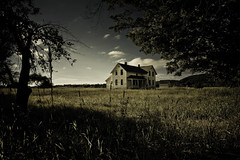 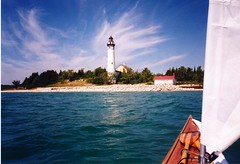 There are the ten features of national significance. Later I will discuss each one in more detail with specific information about how and where to best experience each feature.