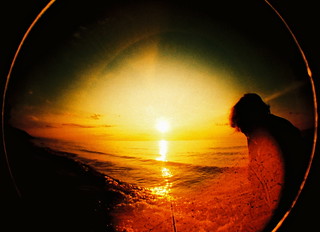 As near as we can tell, we’ve set record high temperatures since last Friday. That’s a full SEVEN DAYS of record temperatures. Michigan-based Weather Underground Meteorologist Jeff Masters has been writing some fantastic stuff about what he calls “Summer in March”. This morning he wrote (in part):

The duration, areal size, and intensity of the Summer in March, 2012 heat wave are simply off-scale, and the event ranks as one of North America’s most extraordinary weather events in recorded history. Such a historic event is difficult to summarize, and in today’s post I will offer just a few of the most notable highlights.

It is exceptionally rare for a weather station with a 50+ year period of record to break a daily temperature record by more than 10°F. During “Summer in March, 2012”, beating daily records by 10° – 20°F was commonplace, and many records were smashed by over 20°. Yesterday’s high temperature was 24°C (44°F) above average. Pellston, Michigan in the Northern Lower Peninsula – dubbed “Michigan’s Icebox”, since it frequently records the coldest temperatures in the state – hit 85° on March 21. This broke the previous record for the date (53° in 2007) by 32°, and was an absurd 48°F above average.

Numerous cities have broken high temperature records on seven consecutive days during “Summer in March, 2012”, including Gaylord, Pellston, and Traverse City in Michigan.

Anyway, sorry for the extra-long post but this is a truly historic and significant event that we feel warrants everyone’s attention. 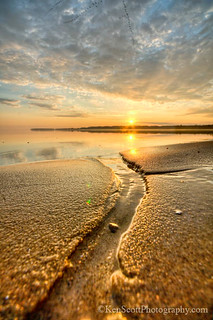 As I write this, it’s 81 degrees under sunny skies in Leelanau County. I just read an article that says Morel mushrooms are out in southwest Michigan.

We heartily urge you to read Jeff Masters article at Weather Underground for more about the weather science behind this  just how aberrant it is to have SIX days of record high temps with over 100 years of data. If you’d like to scare yourself, check out an article Jeff links to titled Perceptions of Climate Change:The New Climate Dice by researches from the NASA Goddard Institute for Space Studies and elsewhere. It explores how we have loaded the weather “dice” to make extreme weather much more likely and begins:

“Climate dice”, describing the chance of unusually warm or cool seasons relative to climatology, have become progressively “loaded” in the past 30 years, coincident with rapid global warming. The distribution of seasonal mean temperature anomalies has shifted toward higher temperatures and the range of anomalies has increased. An important change is the emergence of a category of summertime extremely hot outliers, more than three standard deviations (?) warmer than climatology.This hot extreme, which covered much less than 1% of Earth’s surface in the period of climatology, now typically covers about 10% of the land area.

It ends with some very scary conclusions … all rooted in hard data from the most sophisticated monitoring network in the world.

Leelanau Backgrounds: Daffodils in the Dark